Some Thoughts on Scripting 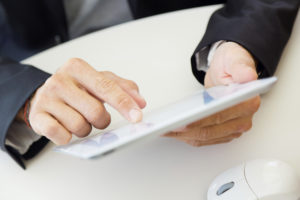 Few agents embark upon their career without the use of scripts and many veteran agents continue to swear by them. Others think a few years of script training and experience provide the preparation needed to have a successful career without continuous reliance on scripts.

We’re here to unpack both sides of the discussion.

Pro: Routine is King.  There’s much to be said for knowing what you are going to say in any situation and there’s nothing like script work to prepare you for any situation. At hearts, scripts are routine and successful people have routines, be they athletes are business moguls. Enough script rehearsal means you are ready for any curveball a prospect or client throws at you and that you won’t ramble.

Con: Scripts can make you stiff. The aim of scripts is to make you comfortable going off script. Reading a script word-for-word makes you sound rigid and amateurish, traits liable to scare off the most motivated seller.

Pro: Using scripts can help you manage the time of the call and focus on a prospect’s most relevant questions. By controlling the focus of the call, you can get more accomplished and weed out the serious customers from the not-so-serious.

Con: Lack of flexibility. Every prospect has different needs. Strictly sticking to a script means you may not be able to tailor your pitch in as flexible a way as you’d like. An agent with a gift for sales may feel held back and close fewer deals rather than more.

Pro: Scripts are particularly for targeted markets.  A market slow-down means a couple of things: Opportunity for you to snatch up expired listings and short sales, but also homeowners more hesitant about upgrading. You’ll need finely tuned scripts to be able to seal these deals.

Scripts are clearly a proven sales tool but to ensure success, use role-playing sessions with colleagues to familiarize yourself with the salient points of each type of script and practice using your own words.

You must also become well-versed enough on your scripts to be able to listen thoroughly to the person on the other end of the call. Nothing kills a potential customer relationship so fast as being caught not listening, because you are so focused on saying the right thing next, you’ve failed to process the prospect’s concerns.

Above all, scripts are like any other technique: You must practice and master them so they will work as designed. One of the things we reinforce as often as possible…