When it comes to real estate prospecting, one of the biggest challenges for any agent is to keep the conversation moving in a positive direction. It’s not always easy to get the person on the other end of the phone, for example, to say yes to your request for a meeting. Or, to get a signature on a listing contract.

Top real estate professionals often rely on the principles of neural-linguistic programming, or NLP. NLP helps us to consistently achieve desired outcomes by learning how to harness the language of the mind.  Often referred to as the “study of human excellence,” NLP’s focus is on modifying another person’s thought process at a deep, unconscious level.

If you’re using your Espresso Agent scripts, you are, in effect, practicing NLP. That’s because the best scripts help us to frame discussions in a way that moves them toward our goal, which is about getting a positive response from the other person.

Ironically, however, forward (i.e. yes)-oriented conversations don’t come naturally to most people. We often lead with questions or statements that prompt a prospect to lean toward NO. Here are a few common (and likely familiar) negative, conversation opening habits we easily fall into:

If you’re able to stay away from the aforementioned, negative-leaning traps, you’re off to a good start. You’re Espresso scripts will guide you the rest of the way.

But, what if your prospect confronts you with similar, negative sentiments, such as: “What is it with you people? I’ve already had a dozen calls this morning.”

If a prospect leans in with something negative, you know have an opportunity to reframe the entire discussion by using the following process:

Do your best to avoid the common traps outlined above. Then, lean on your Espresso scripts to reframe the discussion, and guide the prospect to a desired outcome that will work for both of you. 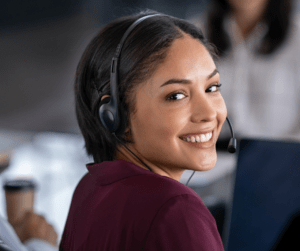 According to Investopedia, cold calling: Is a sales practice in…